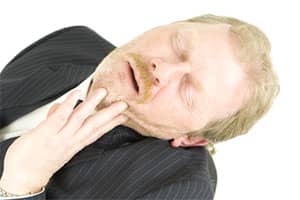 Narcolepsy and obstructive sleep apnea can occur together. Daily daytime naps or lapses into sleep that last for at least three months my be indicative of Narcolepsy.

Narcoleptics, people with Narcolepsy, may unwillingly fall asleep while at work or at school, when having a conversation, engaged in an activity or, most dangerously, when driving or operating other types of machinery.  The National Institute of Neurological Disorders and Stroke (NINDS) reports that untreated Narcoleptics have a much higher accident rate; automobile accidents are roughly 10 times more frequent than the general population.

Narcolepsy not diagnosed by a Polysomnography (sleep study) can be mis-diagnosed and symptoms may actually be the result of obstructive sleep apnea. Narcolepsy is most commonly diagnosed using nocturnal Polysomnography and the Multiple Sleep Latency Test (MSLT).

Signs and Common Symptoms of Narcolepsy include: